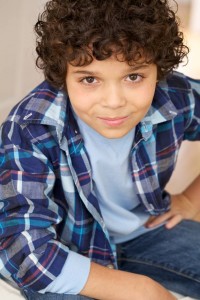 Cameron Ocasio is an incredibly talented television, film, and theater actor, playing one of the leads in Nickelodeon’s soon-to-be hit comedy Sam & Cat. Starring as ‘Dice’ opposite Jennette McCurdy and Ariana Grande in the iCarly/Victorious spin-off, Cameron shows that he has the acting chops and comedic timing to shine.

Described as the cool, slick and likeable next-door neighbor, ‘Dice’ is always up to something. His character has a way with words and is always looking for the next opportunity to strike it rich. Recently starring in the viral Sam & Cat Harlem Shake, Cameron provides a sneak peek into his character and his killer dance moves.

Born and raised in Long Island, New York as the middle child of three, Cameron loved to keep busy. Whether playing video games, swimming, boxing or playing with his three dogs (Peanut, Cashew and Almond) he was an active kid. Starting out as a child model at the age of two, Cameron found interest in acting at eight years old. He enrolled in IMTA, an acting and modeling program in New York (2008), and ultimately obtained 1st runner up for child actor/model of the year. This experience solidified his interest and he decided to pursue the profession.

Cameron was soon able to land roles acting opposite greats on the small and silver screens. His proudest role to date also marked his Broadway debut, playing Lyncoya in Bloody Bloody Andrew Jackson at the Bernard B. Jacobs Theatre. He can also been seen alongside Ethan Hawke (Sinister), Catherine Zeta Jones (The Rebound) and Josh Duhamel (When in Rome); as well as guest spots on Saturday Night Live, Law & Order: SVU, Gossip Girl and Sesame Street.

In addition to his interest in acting, Cameron has a strong connection with martial arts. He achieved a black belt at the age of seven and received a proclamation award for earning such an honor at a very young age. The discipline of practicing martial arts has taught the self-proclaimed shy and friendly New Yorker that he could accomplish anything he put his mind to. He currently practices Karate and JiuJitsu.

He currently resides in both Los Angeles and New York with his family.