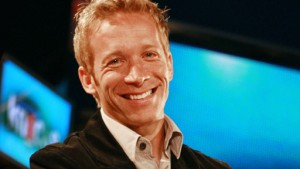 JD Roth creates, produces and hosts various television shows created by the company he founded, 3 Ball Productions. In his 30-year career, he has been directly involved in and responsible for over 2,000 episodes of reality/game television. In the past five years alone, his successes include The Biggest Loser, Beauty and the Geek, The Pick Up Artist, Groomer Has It, Big 4-0, Age of Love, Scott Baio is 45 and Single, Unanimous, Breaking Bonaduce and For Love or Money.

Roth’s career began as an actor at the age of 10, after meeting Shirley Grant, doing on-camera and voice-over commercials. At 19 he became the youngest game show host in television history on the hit syndicated show, Fun House, an experience that led him to build his own production company and take Fun House on the road as a live show. As an expert in kids game shows, he went on to create, executive-produce and host the show Double Up, in turn making history as the youngest executive producer at NBC to date.

Roth continued his career as a host on Masters of Maze, The Disney Channel’s Inside Out, ZooVenture and the syndicated game show Sex Wars. In addition, he created, produced and starred in a live tour of ZooVenture, spanning seven countries and over 125 U.S. cities. Roth is also host of Unanimous and Endurance, for which he has been nominated for an Emmy for Best Host in a Children’s Program.

Roth currently resides in Manhattan Beach, California, with his wife, Christine, and their two boys.